Many years before helium was found on our planet scientist detected helium in the sun by its spectral lines.

It is an odorless and colorless gas that is completely unreactive. It has no known biological function and is non-toxic.

Helium is the second most abundant element in the universe after hydrogen and is exists in every star. It is still being formed in our earth from the decay of radioactive elements. A portion of this helium escapes into the atmosphere, which contains about 5 parts per million by volume. Helium is always escaping our atmosphere into outer space.

Even though helium is in our air it is not practical to extract it. Our major source if from natural gas which can contain up to 7% helium 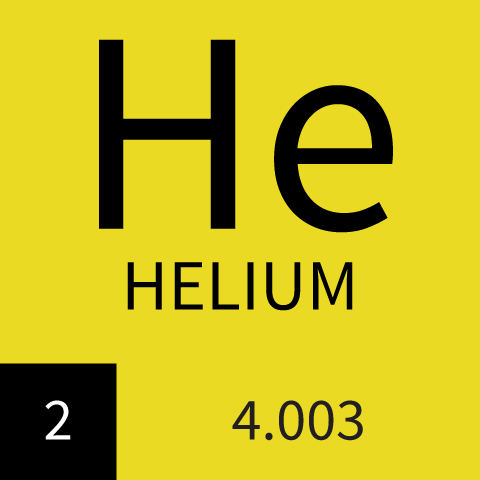